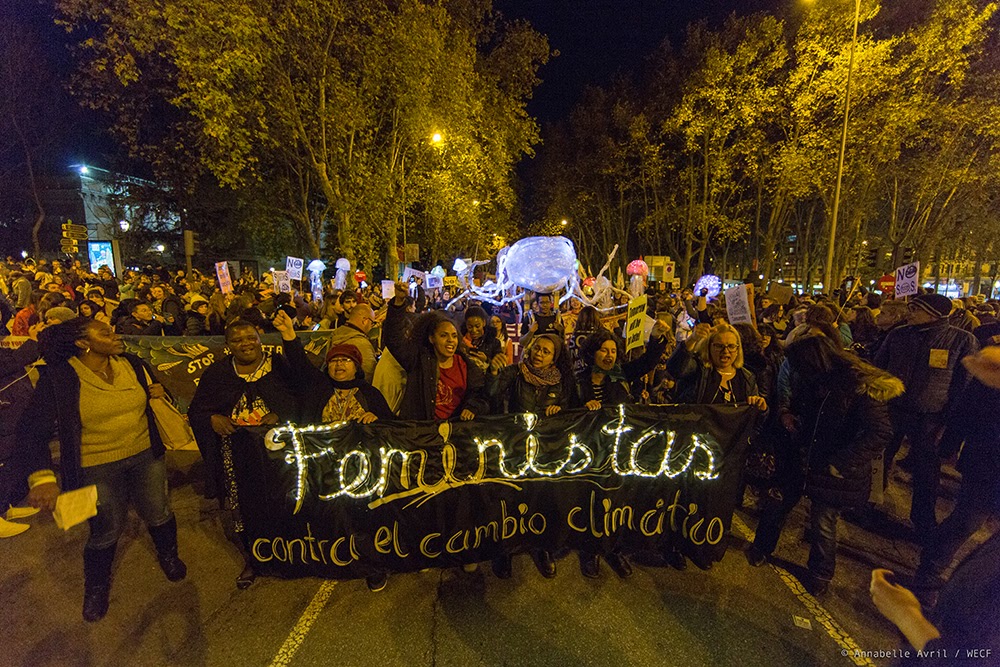 The COP25 climate talks concluded in the late afternoon on Sunday – almost two days after its scheduled end time. Civil society watched as Parties attempted to water down commitments to action and ambition in the Paris Agreement, thrust responsibility for loss and damage onto those countries suffering first and worst, and push through market mechanisms with bad rules — rules that would violate human rights and fail to protect environmental sustainability.

We witnessed many polluting countries, with the United States in the lead, refusing to own up and pay up for their historical responsibility in creating a climate emergency. While in the final hour, some decisions were made, including a weak decision on loss and damage, we find it particularly duplicitous that a country like the U.S., who has indicated its intent to withdraw from the Paris Agreement, is still asserting itself to weaken climate action.

For this Constituency, one of the strongest outcomes of COP25 was the adoption of the 5-year Gender Action Plan. We commend Parties for pushing for a robust outcome here, highlighting the critical importance of gender equality in climate action.

No decision was concluded on Article 6, which we applaud, as “we cannot allow any decision on Article 6 to go forward that would infringe on rights and ultimately not advance the goals of the Convention,” says Jolein Holtz at the closing plenary on behalf of the WGC.  Nor do we believe that markets are the solution to the climate crisis.

In a strong show of solidarity – and understanding of real climate solutions – indigenous peoples, feminists, workers, youth and activists everywhere gave closing statements at the final hour on Sunday, demanding ‘People Power, Climate Justice!’  The WGC was clear in its demand for justice:

“At this COP we saw unprecedented resistance of Parties against acknowledging the interconnections of human rights with every aspect of the negotiations. Everytime you undermine human rights you undermine gender equality. Everytime an environmental defender is threatened, raped, disappeared, or murdered, the violator is you. Your commitments to patriarchy, capitalism, militarism, colonialism, racism, and ecocide are the only ones you have made and which you support with real finance.

Until these systems of oppression are dismantled, which lock out peaceful protesters and communities, including indigenous peoples and women, from real participation and decision-making, until the root causes of this climate catastrophe are reckoned with, we will be here. You will hear our voices raised in solidarity, you will see our  bodies in the halls and on the streets and on the frontlines. You took the COP away from the people of Chile and Latin America, but you cannot silence us. You cannot silence the people. You cannot silence women, nor indigenous peoples, nor migrants, nor workers, nor peasants, nor lesbian, gay, bisexual, transgender, non-binary, gender-nonconforming, queer, intersex, and two-spirit people. You cannot silence people of color, nor people living with disabilities, nor the elders, and not the youth. You cannot silence our rallying cry for justice. People power – climate justice!”