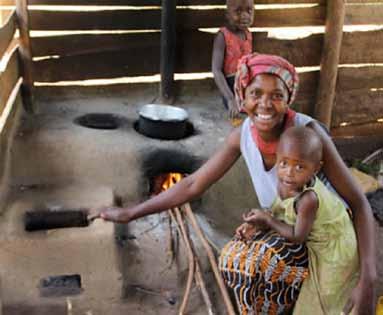 Description of the project: Forest-dependent women organized themselves into groups, communally constructed fuel-saving stoves and replaced their kerosene (fossil fuel) lamps with solar lighting (an alternative renewable energy). They also constructed water harvesting tanks and planted trees. The women established forest-based, non-extractive income generating activities like beekeeping for honey and medicinal plant cultivation and processing. They also reached out to schools with sustainable livelihood practices with the aim of nurturing successive generations in these conservation efforts. The initiative creates synergies by implementing recommendations of the Multilateral Environment Agreements in an integrated manner.

Climate Impact: The project has had the effect of contributing to global efforts to reduce global warming and mitigate climate change by conserving the natural tropical forest of Rwoho, a carbon sink of international significance. This has been done by implementing activities aimed at reducing the human footprint on the forest and maintaining its integrity. The initiative has planted 2 137 hectares of the Rwoho Natural Forest buffer zone with 2 374 207 trees absorbing 1 282 200 tons of Carbon per rotation (Twenty Year Period). By promoting household and school use of fuel efficient stoves, the initiative has reduced consumption of woody biomass from the average 147 Kg per household per month to 100 Kgs per household per month. As a result the initiative has reduced the threat from fire within the natural, tropical forest of Rwoho from 76% to 10%.

Gender Impact: Century old traditional practices have left women without education, skills and their own productive resources from the land that they toil. This project has taken this into account. The initiative promoting honey production is an income generating activity that is not labour or capital intensive and does not require a lot of land in order to cater to women who lack productive resources. Using fuel saving stoves and installing water harvesting capacity reduces the workload of women who traditionally have the responsibility of gathering fuel wood and collecting water. The women are the owners of this initiative and they democratically elect their Governing Board annually. The initiative is creating awareness and imparting skills to women in fuel-efficient stove construction. These are marketable skills that women can use to get employment to earn a living.

2020 update: Our new project, entitled, “Integrated urban ecological agriculture for Livelihoods Improvement Project”, is focused on Slum Women in Kamwokya, Kampala. According to a baseline report obtained from Kampala City Council Authority (KCCA), 60% of the population of Kampala, the capital city of Uganda, dwells in slums.  Of these 82% are jobless men and women, and youth (both boys and girls) many of whom are on drugs, selling local potent gin and in prostitution. The total solid waste generated per day is estimated at one kilogram per person translating into 2,800 tons/ day. With a poor waste disposal culture, this has exposed the population to the ravages of Climate Change such as flooding, preventable diarrheal diseases, etc. The project recycles, reduces and re-uses solid waste management in slums. It establishes sack gardens and makes charcoal briquette. 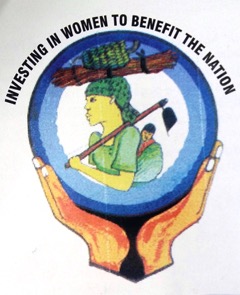