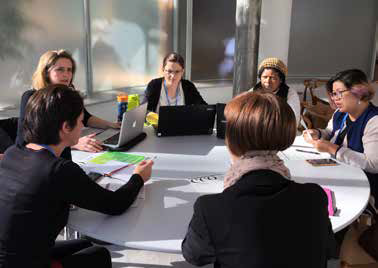 Description of the project: “Not without us” was launched in 2017 to promote the integration of gender justice in international climate policies and within the global climate justice movement. The aim is to support selected activists and gender experts from environmental groups and women’s organizations from Ecuador, South Africa and Indonesia in their attempts to connect local struggles for climate and gender justice with the UNFCCC process, enabling networking with other actors. As ‘multipliers’ they will also be able to translate the international climate discourse back into their own organizations and local contexts.

Climate impact: National and international climate policies have proven to be more effective when gender is taken into account. In their respective communities, the participants are dedicated to different topics such as forest, agriculture, etc. On the international level, they have identified the corresponding focal topics where their local issues are negotiated. By participating in events and discussions, the women advocate for gender just climate solutions and showcase local examples of best practice.

Gender impact: Selected female activists are empowered to advocate for gender justice in their local contexts, as well as in national and international spheres. Additionally, the project aims at identifying the impacts of international climate policies on gender relations at local level. It addresses the lack of data on gender and climate change. Local stakeholder workshops, networking and exchange within and among organisations have increased awareness and knowledge about gender, climate change and UNFCCC.

Scalability / replicability: The project can increase outreach to a wider range of stakeholders within the target countries and their communities, thus, potentializing inter-organisational learning. It can also be scaled up to cover more participants from other countries. Both developing and developed countries should be taken into account, as skill-sharing within the global South and between global South and global North is a co-benefit. Webinars and trainings can be replicated globally.