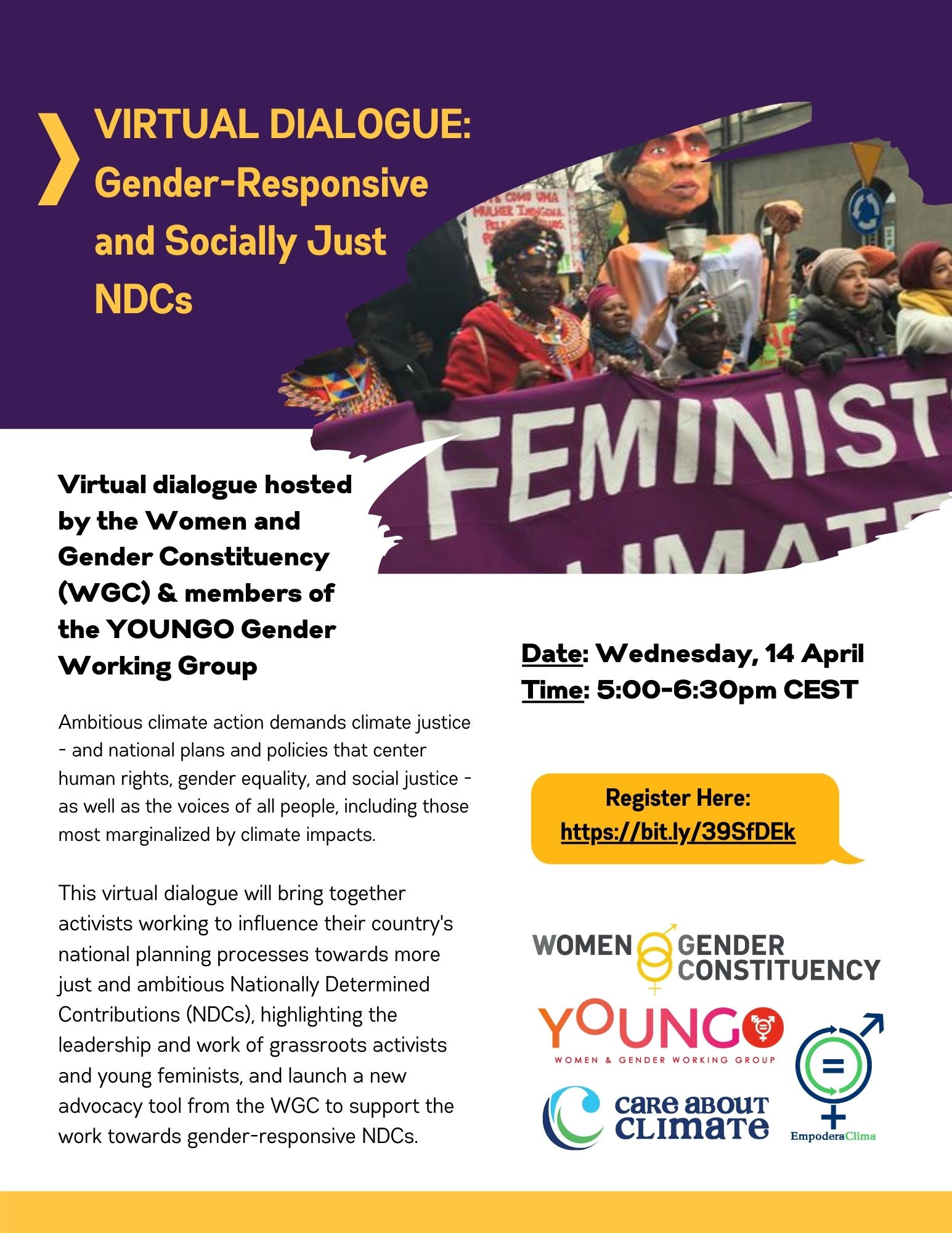 Ambitious climate action demands climate justice- and national plans and policies that center human rights, gender equality, and social justice – as well as the voices of all people, including those most marginalized by climate impacts.
On 14 April our virtual dialogue has brought together activists from Ecuador, Nigeria, South Africa and the US working to influence their country’s national planning processes towards more just and ambitious Nationally Determined Contributions (NDCs), highlighting the leadership and work of grassroots activists and young feminists. Moreover, the new WGC advcoacy tool to support the work towards gender-responsive NDCs has been introduces as well as other tools such as the WEDO brief “Gender Equality and Women’s Empowerment in Updated and New Nationally Determined Contributions (NDCs)” as well as the Gender Climate Tracker. In addition, Care about Climate has introduced EmpoderaClima – an educational platform created to raise awareness of the disproportionate impacts to climate change that girls and women face in the Global South, as well as the need for women’s leadership in climate action.

You can watch the recording below!